Six Reasons to Tell the Doctor About Memory Problems 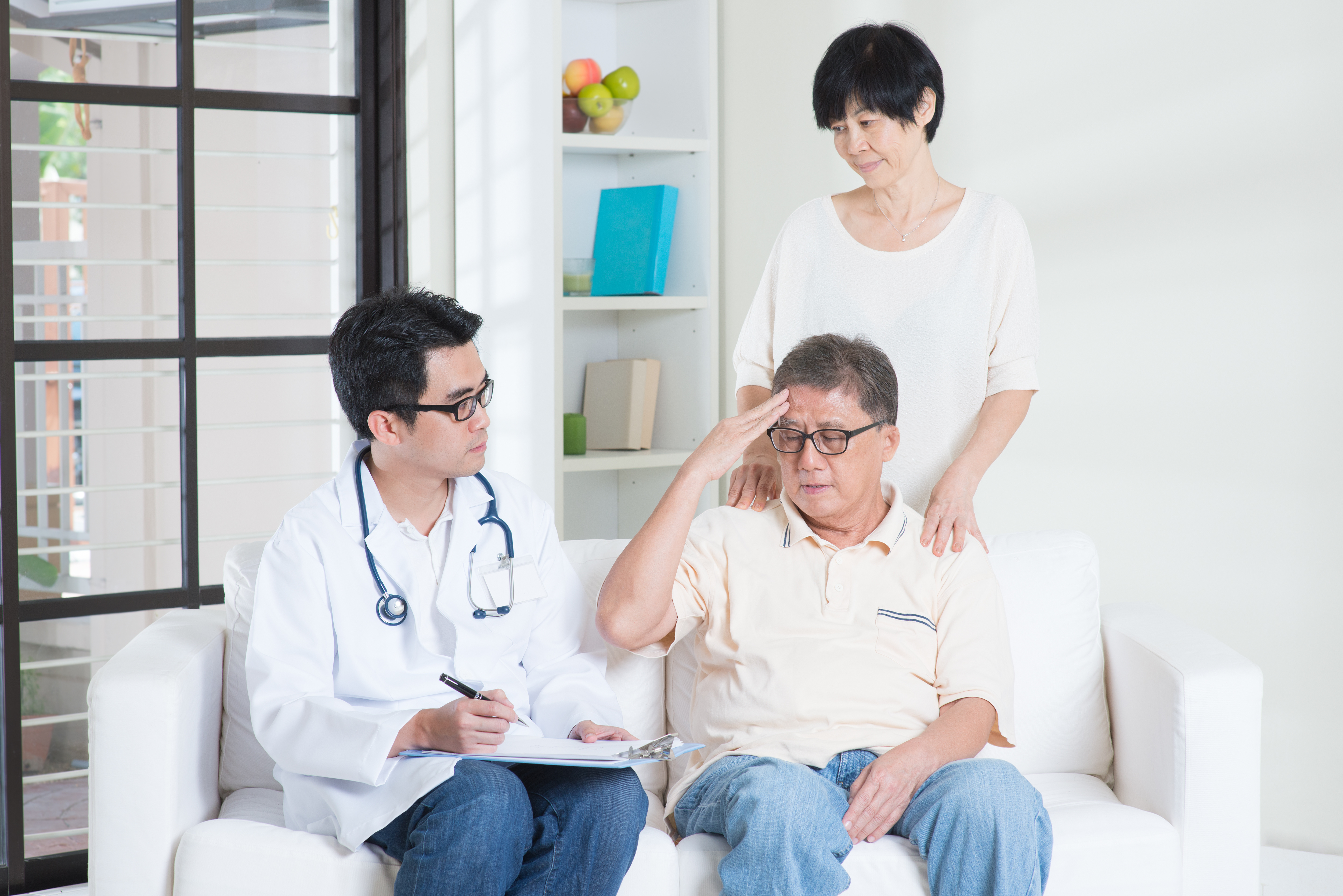 Something wasn't quite right. Twice recently, Jim had forgotten where he parked the car. He sometimes found himself struggling for words. His wife Jeanne told him that he didn't seem like himself lately. Jim's father had developed Alzheimer's disease in his later years, and Jim was nervous he might have inherited the condition. It's probably nothing, he thought. But then, he decided he'd better get the problem checked out.


It's tempting to be in denial about memory loss and confusion. We don't like to think that we might be suffering from Alzheimer's disease or dementia. Yet when it comes to diagnosing Alzheimer's disease and other dementia, listening to patients report what they're experiencing is still one of the top tools doctors have to figure out what's going on.


The observations of family members also are important. They know what's normal for their loved one. In some cases, their loved one might be unable to perceive the changes. And memory lapses aren't the only symptoms that family should report. At the 2016 Alzheimer's Association International Conference, researchers described a newly named condition, mild behavioral impairment (MBI), which refers to a collection of subtle changes in a person's personality that might be red flags for dementia. The association's chief science officer, Maria C. Carrillo, Ph.D., reports, "While memory loss is a hallmark of the disease, early symptoms such as anxiety, confusion and disorientation are often more common, troubling and obvious to family members."


The doctor will most likely begin with simple tests of memory and thinking, perhaps ordering more sophisticated cognitive testing. Blood tests and diagnostic imaging also may be used to rule out or determine causes of symptoms, and more sophisticated tests are on the horizon. The Alzheimer's Association reports, "A skilled physician can diagnose Alzheimer's with more than 90 percent accuracy." And Medicare now covers cognitive assessment as part of a beneficiary's annual wellness visit.


Yet, say experts, only about half of seniors with Alzheimer's disease have been formally diagnosed—and only 25 percent of older patients who are experiencing memory problems bring up that topic during doctor visits. Fear and the stigma associated with dementia make it easier to not mention the problem. It's easy, for a while, to convince oneself that memory problems are just typical "senior moments." Family, too, may be inclined to downplay the problem, chalking up irritability, anxiety, confusion and other changes in their loved one's behavior to "just getting older." But there are several important reasons to report memory and thinking problems right away:

It's very important to diagnose the exact type of dementia that a person is experiencing; Alzheimer's disease, Lewy body dementia, frontotemporal dementia, brain damage from a stroke and other forms of dementia not only have different causes, but also different treatments. But that's the second step. The first diagnostic step is to rule out other common conditions that might mimic dementia. These causes include depression, the side effects of medications, thyroid problems, vitamin deficiencies, sleep disorders and certain infections. Most of these conditions are treatable—what a shame for a senior to worry and to live with troublesome symptoms if they don't have to!


2. Accessing the best treatment options, as early as possible.

As of now, there is no cure for Alzheimer's disease and most other types of dementia. But medications, lifestyle changes and memory support strategies can slow the progression of these conditions and enable patients to have a better quality of life. The sooner these treatments begin, the better. Early diagnosis also offers the chance to participate in clinical trials for possible new treatments. (Read more about the "do this, don't do that" of brain health in the June 2016 issue of the Caring Right at Home online newsletter.)

Early diagnosis also allows patients to be more involved in planning their own care. Planning ahead is much better than making last-minute decisions when it comes to financial and legal matters and arranging for care support, whether that means moving to a memory care facility, or hiring in-home care in the patient's own home or the home of a loved one. A formal diagnosis gives families a better idea of how their own lives will be affected—and might also allow them to learn if they are at risk of developing the same condition.

The symptoms of dementia create a mystery for a patient, their spouse and children, co-workers, and friends. A formal diagnosis puts this mystery to rest. Though some patients rightfully fear the stigma attached to the disease, "coming out of the dementia closet" allows family and others to understand that changes in the patient's personality are the result of a disease process. They can focus on care and priorities rather than wondering about "what's wrong with Mom." Support groups can help everyone understand what's going on.

In June 2016, Johns Hopkins University gerontologists reported that people with dementia who had not received a formal diagnosis were twice as likely to do things that might not be safe for them, such as driving, using the stove, managing their finances, handling their medications, or providing care for another person. Study leader Halima Amjad confirmed that family members often are the first to notice their loved one isn't safe and should not hesitate to bring up the topic. "Families are really the front line in recognizing when someone shouldn't be driving or needs more help with managing medicine," she reported.

As with any life-affecting illness, there are stages of grief associated with a dementia diagnosis—but also stages of acceptance. In July 2016, a research team from the University of Kentucky administered the "Silver Lining Questionnaire" to a group of people with dementia. The team, headed by Dr. Gregory Jicha, found that many of these patients reported some positive aspects of their condition: a greater acceptance and appreciation of life, less concern about failure, greater tolerance of others, stronger relationships, and even new opportunities to meet people. Said Dr. Jicha, "The overall assumption is that this diagnosis would have a uniformly negative impact on a patient's outlook on life, but we were surprised to find that almost half of respondents reported positive scores." And University of California, Irvine neurobiologists recently noted that people with memory loss are more likely to recall happy and positive events. Alzheimer's patients often do best when allowed to "live in the moment." Early diagnosis and advance planning make it more likely that they will receive evidence-based care that supports this way of life.


If your loved one is experiencing memory problems, please do not hesitate to contract your doctor. We are also here to support you through any challenges you may have. Contact us today!

Contact Us If you can’t find what you’re looking for or have a specific request, simply complete the form below. We’re always here to help.
19433e22-1e31-4655-9587-eb6c08e39904 https://www.rightathomecanada.com/georgian-triangle LocalSite