6 Reasons Why You Should Tell Your Doctor About Memory Problems 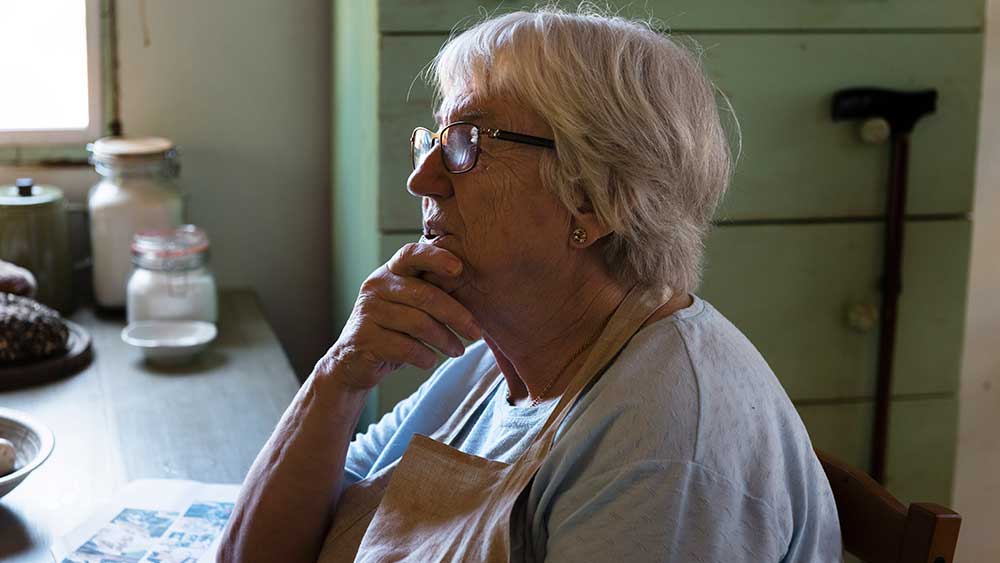 We all know that some changes are a natural part of aging.

You might find you need reading glasses to catch up on your News Feed. There’s a chance you’ll need to turn the TV volume up a few notches. There may even come a day when you trade in your climbing gym membership for more leisurely jogging routine.

But what if you keep forgetting where you put your glasses, or how to use the TV remote? What if you find yourself getting lost on your regular jogging route?

It’s tempting to make light of these kinds of memory lapses as normal “senior moments.” But these incidences of memory loss and confusion are often the first signs that lead doctors to recognize the early stages of dementia.

No one wants to think they might be suffering from dementia. But there are many important reasons why you should tell your doctor about memory and thinking problems right away.

1. It’s Important to Rule Out Other Causes First.

Just because someone has memory problems doesn’t necessarily mean they have dementia.

There other common conditions that can present similar symptoms, including thyroid problems, vitamin deficiencies, sleep disorders and certain infections. Some medications can also produce side effects that mimic symptoms of dementia.

If you have any suspicion at all that you could be dealing with dementia, it is well worth your time to rule out those treatable conditions first. In the event of a dementia diagnosis, it’s important to pinpoint the exact type of dementia in question (frontotemporal dementia, Alzheimer’s, Lewy Bodies, etc.), since each type has different causes and treatments.

Imagine the weight that will come off your shoulders once you know for certain exactly what’s going on…and have a plan to make things better.

2. The Sooner the Diagnosis, The Better the Outcome.

Medical researchers have discovered countless ways to slow the progression of dementia and vastly improve the quality of a patient’s life. Medications, memory supports, and lifestyle changes are even more effective when they begin in the earliest stages of the disease. The sooner, the better!

Early diagnosis also creates the opportunity to participate in clinical trials that offer the possibility of new and better treatments. Not only could this benefit the participants, but also every person who is diagnosed from that point on. How often do we get the chance to be part of such important work?

3. You Can Plan Ahead for Peace of Mind.

No one can predict the future. Living with dementia, that truth becomes all the more poignant. But when the diagnosis comes sooner rather than later, patients and their families can ease that uncertainty by planning ahead.

Early diagnosis empowers patients to make informed decisions about their own future care. It means there’s still time to determine will happen when it comes to care support, whether that means moving to a memory care facility, a loved one’s home, or hiring in-home care in the patient’s own home.

For the patient’s relatives, it also means a chance to understand how dementia could touch their own lives – and might even prompt them to find out if they are at risk of developing a similar condition.

It’s not the same as looking into the future, but the peace of mind is almost as powerful.

It’s never easy to come out as a person with dementia. And yes, it does require a sort of “coming out.” It is an invisible condition, after all, and one that unfortunately still carries the burden of stigma.

But having a formal diagnosis allows patients and their families to discuss, learn, and focus on the next steps. There’s no more mystery about what could be wrong. When dementia brings more noticeable changes down the road, the patient and their loved ones will understand what is happening and what can be done to help.

It gives everyone a chance to come to terms with the diagnosis and start moving forward.

5. It Can Be Dangerous to Wait.

When dementia remains undiagnosed, the patient is more likely to put themselves and others at risk.

In fact, people who show signs of dementia but lack a formal diagnosis are twice as likely to end up in potentially unsafe situations.

Family members might have a gut feeling that a relative shouldn’t be driving, cooking, using medication or managing money – but without a formal diagnosis, they find it hard to broach the subject. It’s not a comfortable conversation.

Once dementia is out in the open, it becomes possible to have constructive, empathetic discussions about these kinds of activities before any harm is done.

Sounds backward, doesn’t it? It’s hard to imagine how life could improve after receiving a dementia diagnosis.

Like any life-affecting illness, peoples who live with dementia can experience stages of grief – but also acceptance.

In 2016, a team of researchers at the University of Kentucky spent time working with a group of people with dementia. The researchers were intrigued to discover that many of the patients reported positive things that had happened since their dementia diagnosis, including:

These men and women are admirable, of course, but they are not uniquely positive. They demonstrate a remarkable phenomenon that has been recognized in dementia patients and their families the world over. As the Alzheimer’s Association writes:

“Life doesn’t end with a diagnosis of Alzheimer’s disease or another dementia. While it can be difficult to remain positive when facing daily challenges, many individuals find that receiving a diagnosis helps them appreciate the gift of time and the value of living in the moment.”

Most of us would agree that we could stand to slow down and be more “present” in our everyday lives. It is comforting to know that even after diagnosis, this momentous goal is well within reach.

Early diagnosis and advance planning make it more likely that the patient will get evidence-based care that supports this way of life.

Tell Your Doctor About Memory Loss and Other Signs of Dementia

In addition to memory lapses, researchers at the 2016 Alzheimer’s Association International Conference noted a collection of subtle personality changes that mark potential red flags for dementia. These changes are named in a condition called mild behavioural impairment (MBI) and include:

It’s tempting to live in denial about memory loss, confusion, and unexplained personality changes. But as discussed, there are so many important reasons to report these problems right away.

The doctor will likely begin with simple memory tests and mental status testing. More sophisticated cognition testing may follow, as well as blood tests and diagnostic imaging to rule out other causes.