The Important Reasons Why We MUST Treat Seniors Like Adults 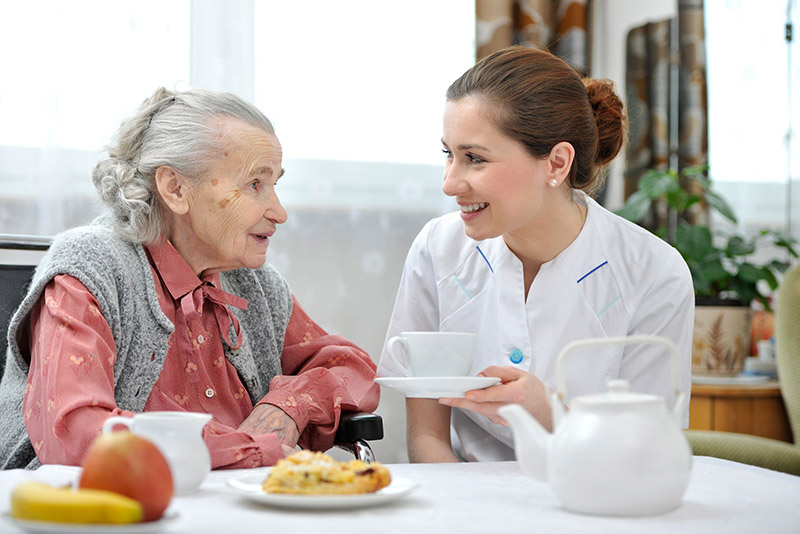 Have you ever shared a video with a title like,“These ADORABLE little old ladies will make your day!”

Or, overheard a caregiver ask an older person,“How are we feeling today, sweetie?”

Chances are, you’ve at least seen something similar. But you may not have realized it was a symptom of a widespread problem in senior care: the tendency to treat older adults as children.

Intentionally or not, many people say and do things that belittle, disregard, or otherwise treat seniors as though they’re less than full-grown adults. It can happen with care home staff, store clerks, and younger relatives. Sometimes, it’s the way we talk to seniors that hurts; other times, it’s how we talk about them.

There’s even a word for this phenomenon: elderspeak. Examples of elderspeak include a doctor talking to the senior’s child rather than to the senior themselves, or a store clerk assuming an older customer needs them to speak very…loudly…and…slowly.

Not only is it demeaning, but this behaviour can have unintended consequences on a senior’s health and relationships with others. These are just some of the reasons why you should always treat seniors as adults.

Caregivers often use elderspeak in an attempt to be sensitive and comforting to the person in their care. In truth, it has the exact opposite effect. When a caregiver treats their senior patient as a child, the caregiving relationship suffers.

In a study involving seniors with dementia, a group of nurses spoke to patients normally sometimes and other times childishly (speaking loudly and slowly, using pet names like sweetie, and other characteristics of elderspeak.) They found that patients were calmer and more responsive when the nurses spoke in a regular tone. In contrast, the patients were more likely to become agitated, withdrawn, and defiant when nurses used elderspeak.

The way we speak to seniors, including those with dementia, clearly influences how they feel about themselves and their caregivers. Treating seniors like adults is the first step to establishing a positive caregiving relationship.

The Link Between Health and Ageism

Treating seniors like adults is not just about respect — it is also about long-term health.

Research suggests a link between a person’s perception of aging and the course of their health as they age. In one study, exposing seniors to negative messages about aging caused them to experience more stress and perform worse on memory and balance tests than others. In other words, reinforcing the idea that older adults are incompetent, even if they are not, can actually impact their abilities.

In another study, researchers examined participants’ health at various points in life. They found that the people who believed in stereotypes about aging had greater shrinkage of the hippocampus, a part of the brain that affects learning and memory, later in life. Those participants also had more amyloid plaques and neurofibrillary tangles in the brain. Both are signs doctors associate with Alzheimer’s disease, suggesting negative age stereotypes are a potential dementia risk factor.

When people treat seniors like children, it reinforces the stereotype that older folk are less capable, intelligent, or worthy of respect than younger adults. Not only can this be emotionally devastating, but it can also have harmful effects on a senior’s overall health.

Everyone is Worthy of Respect

Canadians have come a long way in recognizing that all people, regardless of ability, deserve to be treated with dignity. We are taught from a young age to treat others the way we want to be treated.

So, why do we so often forget this when it comes to our elders?

Life doesn’t end at 65. Though hearing and memory can fade over time, seniors are still adults. Their life stories are rich with knowledge and wisdom, humour and drama. And they have a lot to left to say and do.

Sometimes, as capabilities change, it becomes necessary to adjust how you interact with an older adult. Communication can be a challenge when there’s dementia or Alzheimer’s in the mix. However, there are ways to do this without defaulting to elderspeak.

When we remember that seniors are adults, we lay the groundwork for stronger relationships, improved health, and an all-around better quality of life.